It has now been a bit of time since I finished my final exams. I have spent more amount these past few weeks feeling 22 than I have in the last year. I have also had time to reminiscence about these past four years and the change I’ve gone through – hope you’ll enjoy a trip down memory lane with me!

I started at Edinburgh thinking I was going to become a social and economic historian. That lasted about 2 weeks until I realised it was the completely wrong choice for me, and that I was much more meant for psychology. I also spent a fair bit of first year wondering if I had taken the right choice in moving so far away. I think I suffered a bit from the idea that first year is supposed to be amazing and the time of your life, yet I did not really find a group of friends before it was almost November. Semester 2 I felt a lot more settled and I started to enjoy living in a big city. I also did a bit of studying, but managed to get through first year without too many late nights.

I managed to transfer to a psychology degree in the summer holiday, and I did not look back. I did not do any courses in history in my second year. Instead, I continued on with sociology and did a course on social policy. I also thoroughly started to enjoy statistics, which took up a lot of my time in second year. While living in a flat with the most beautiful view on the Royal Mile, my flatmate and I was not a great match, and I spent a lot of the year in library to avoid being home.

My ex-boyfriend and I also spent our first proper year together, and he managed to drag me up my first (and only) munro. I also took up climbing and spent many hours at the climbing wall (some of it also included climbing and not just chatting). That summer I stayed in Edinburgh to work, without having a lot of friends, and it was in many ways quite lonely, yet I also realised how fine I was on my own, and how I did not really struggle to fill up my time. It was definitely a highlight when my grandparents came to visit. I also went on a very romantic getaway to Portugal.

There is not really any going out photos, because well, I did not really do any of that in second year. I was too caught up in other things to really care.

I had not found the academic side of things to take up too much time in first and second year, so I decided to fill up my timetable a bit more. In the end, I ended up being school convenor part of the lecture recording procurement, took up jiu jitsu (until I got injured end of first semester), working part-time, being a voluntary research assistant while dealing with a bigger course load than I ever had before.

On top of all of this, my ex and I were long-distance for most of the summer until February in semester 2. It was not always easy, and I found myself constantly running around trying to juggle it all. The worst part of third year was definitely managing 7 deadlines in the span of about 2.5 weeks, having not written an academic psychology essay since first year. I am not sure I enjoyed any of my courses, and I wish I could re-do the year now with what I later learned.

It was not all bad, though. I realised that while jiu jitsu was not for me, I definitely wanted to join a sports club. I also made new friends, which helped me a lot. I finally enjoyed living with a flatmate, and I started to feel at home. I loved being school convenor and rediscovered my love for education. All of this led me to spending my summer working on the lecture recording project at the university, with a month home in June where I interned as an educational psychologist. I did not have a lot of time off, but I started to thrive on being busy, which was lucky as I did not really get any less busy. I still loved statistics, and managed to get to work with my number one choice of supervisor.

Fourth year flew by before I had even looked around. It was potentially also my best and most eventful year. Throughout my years at university, I matured a lot and I think I really felt that throughout 4th year. While still taking on too much stuff, I struggled much less with juggling all my responsibilities, and I prioritised a better work/life balance that kept me sane.

I started kickboxing, and ended up on the committee. While it took up a lot of my time, it was potentially one of the most giving experiences at university. I loved being part of a sports team, and I found even more friends. I also spent a lot of time on fun socials, which gave a nice contrast to my very adult job and the seriousness of my courses. I also figured out what type of psychology I enjoyed, and only really did courses I liked. It made studying a lot less tedious. I also wrote a dissertation, which really suited my interests. I also continued working on the lecture recording project, and I knew learning technology was the field for me.

A week and a half before my dissertation deadline, my ex and I split up after almost three years together. It was not easy at the time, but I found myself being happier and more optimistic about the future. I also feel much more certain about my choice of (hopefully) staying in Edinburgh long-term. I actually also enjoyed my exam period for the first time ever. I think living on my own for the first time also made this hectic year easier, even though I missed Melina.

And just like that, the year was over, way faster than I could ever have imagined. To be honest, I enjoyed fourth year so much that if someone offered to sponsor me to do a masters, I would not say no.

You cannot really finish a post like this and cover everything there is to say. I think it is fair to say I grew to love Edinburgh and the university more than the nervous and excited little fresher could ever have imagined. I also kind of wish I could do them all over, but I guess it is time to accept I am one step closer to being an adult, with only about a month till graduation. 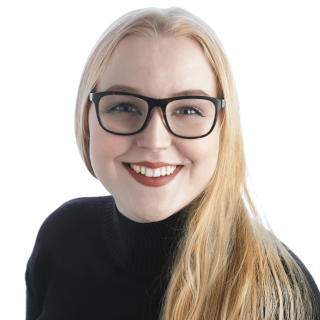